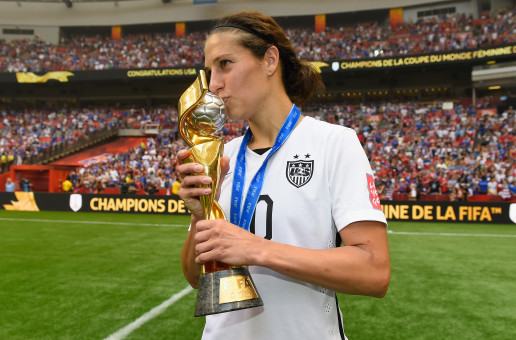 Carli Lloyd of the US women’s national team was named 2015 world player by FIFA.

Lloyd, 33, was the star of the USWNT at the 2015 FIFA World Cup, leading the team to glory with a stunning hat trick in the final.

Lloyd scored 18 goals on the calendar year to lead the U.S. women’s national team in her 11th year as a member of the squad. She also assisted on five goals. The United States went 20–4–2 in 2015 with both losses coming in friendly matches to open and close their schedule.