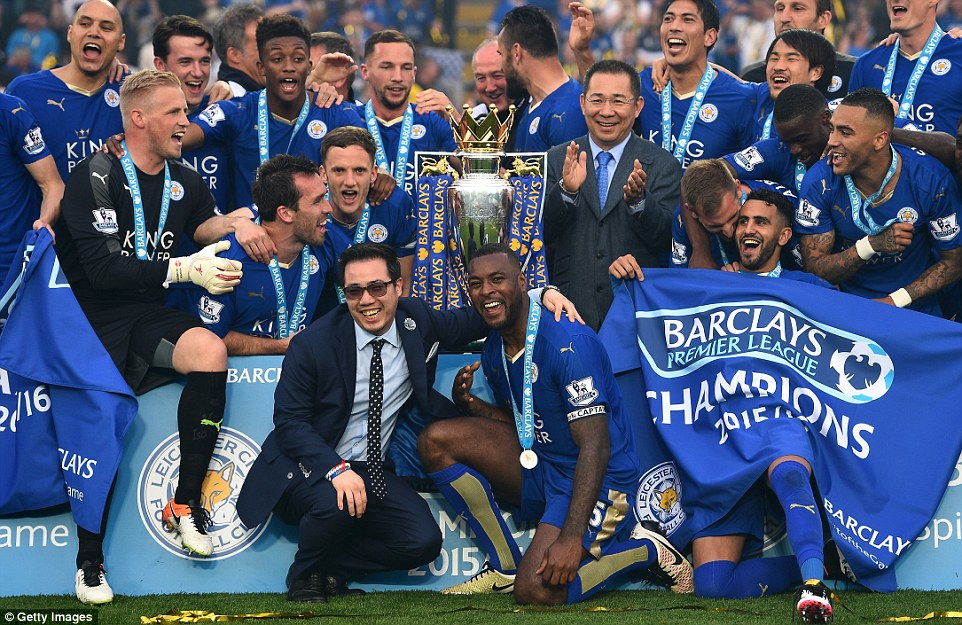 Leicester City will look to sign three or four players this summer as they prepare for their first Champions League campaign, vice-chairman Aiyawatt Srivaddhanaprabha has said.

Leicester’s Premier League title success sees them qualify for next season’s Champions League group stage, while they also take part in the International Champions Cup tournament this summer and will face the FA Cup winners in the Community Shield.

The Foxes were able to devote their energies to the league this season, playing just five extra games in total across the FA Cup and Capital One Cup, and they will now look to bolster their squad to cope with the increased demands.

Speaking on the club’s visit to Bangkok, Aiyawatt Srivaddhanaprabha said: “I am extremely happy with the current squad we have, but next season we have so many more competitions.

“We have to add some players. Maybe we will add three or four. If we sign more it will not be down to me, but the scouts and manager. They have the sharp eyes to bring in amazing players.”

Leicester boss Claudio Ranieri stressed that he and head of recruitment Steve Walsh will only be looking to bring in players who fit the club’s mentality.

“It’s not so important to bring superstars but to bring players like ours, that play with the heart and the soul,” he said. “This is a family team and we need to find new brothers.”